aka Spike aka “Salty”

‘Benny’ is a 16.2h registered AQHA gelding. He was extensively campaigned on the AQHA breed circuit in under saddle classes before transitioning to RDF. **Benny is currently available for an in-barn 1/2 show lease to an approved intermediate rider**

‘Cookie’ as she is called at home is an approximately 13.1 hand Connemara pony. It is hard to say anything bad about her besides she may be a tad chunky!  A former 3-Day event horse she is well versed in dressage, stadium jumping and cross country.  Cookie is available for an in barn lease.

Simon is by Balta’ Czar who is by the #1 hunter sire Alla’ Czar out of Lucky Flash a Lucky Boy mare by deceased Canadian Grand Prix show jumper and Canadian Hall of Fame stallion Lucky Boy II. Simon is a Dutch / Holsteiner cross. He was a stallion for the first eight years of his life and his get are showing on the rated circuit. Simon also competed on the rated hunter/jumper circuit with success. Simon is available for an in-barn lease to an approved advanced rider only. Limited amount of frozen semen remains available. Price by inquiry.

‘A SPLASH OF COLOR’

‘Minney’  is a ~14 hand paint pony and a really good girl for the most part! She is well schooled yet tolerant enough to give a tot lesson in the round pen or on the lunge line. Minney is available for an in-barn lease to an approved beginning-intermediate rider. 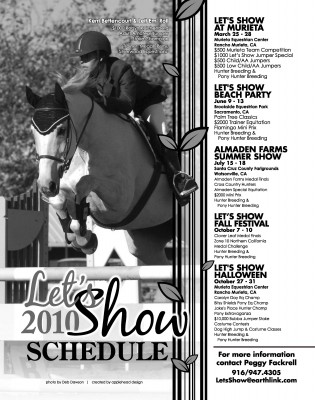 Hanoverian/TB ex-eventing mare was extremely competitive in the jumper ring. Shady was champion or reserve champion every time she stepped into the ring. Her heart and desire to win made her a true champion. She was definitely a handful and the only horse I have ever known to literally put their head through the roof of a trailer. She gave me a run for my money in and out of the show ring.

Shady attended 3 shows during the 2010 show season and was Champion at every show in the AA Jumpers. She was 1st in the $1,000 Robyn Reichenburg Classic, 6th in the $5,000 Summer Classic at Murietta, Reserve Champion of the $1,000 Child/AA Special at The Beach Party and 5th place in the $1,000 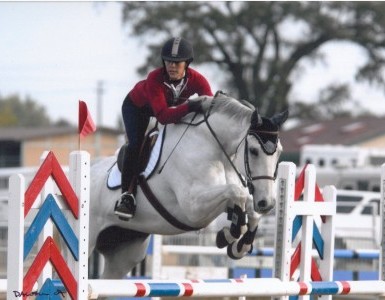 In 2007 we suffered a tragic loss with the passing of ‘Izzy’. Her quirky attitude made everyone fall in love with her; She will live on in our hearts and minds.